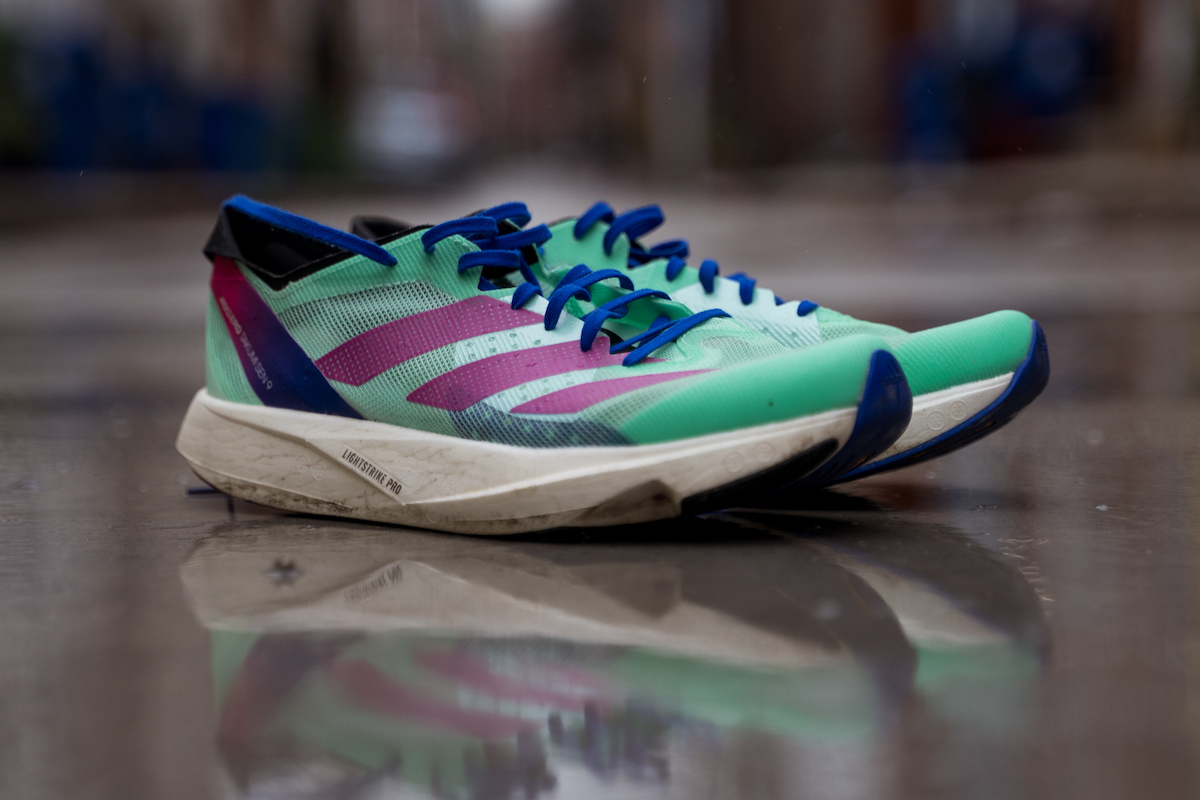 This review is sponsored by Bombas socks, which we’ve been using to keep us warm and comfortable this winter (like the men’s Merino wool low sock shown below). You buy one, they give one to someone in need. Use code BITR20 to save 20% off your first order! ROBBE: When I was a kid, all I wanted in life boiled down to three things: a Gameboy, baseball cards, and a pocket knife. My family was broke as hell so I never got a Gameboy. Fleer and Topps (and God forbid– Bowman) were my only options for card collecting. And I got a tiny Swiss Army knife for Christmas one year, and probably some oranges in my stocking.

Nevermind that my sole intention of owning one was simply to open and close it for hours on end. Maybe throw it at a couple trees. Imagine The Warriors, but it was just me fighting tall grass in the field behind my house. Very Star Wars kid vibes.

Anyway, long story short, as a teenager I finally got my switchblade somewhere in Budapest, successfully brought it back into the states in my checked luggage, then promptly lost it on a roller coaster at Hershey Park. The biggest dreams are like supernovas, they burn bright and die fast.

Speaking of things that burn bright and run fast, we’re here to review the Adidas Takumi Sen 9, which– in its previous iteration– was one of our favorite tempo/short-distance race day shoes of the last year. A lightweight shoe that features the best of the Adizero performance line, the Takumi Sen 9 is unchanged where it matters most. It has the same midsole as version 8, meaning we still have 33 mm of Lightstrike Pro in the heel and 27 mm in the forefoot (6mm drop), glass fiber rods, and Continental rubber in the forefoot of the outsole.

What’s different is the upper. It’s even more lightweight and breathable than last year, though the tongue no longer has stitching or gussets (more on that later). The shoe weighs 5.5 ounces for my men’s 7.

While we love a good Swiss Army knife (see our favorite do-it-all shoes of 2022), sometimes we just want the speed of a switchblade. The Adidas Takumi Sen 9 is just that, and more. ROBBE: If you want to hear me wax poetic about my love of the Takumi Sen 8, go read that review. I’ve already written the first half of Crime and Punishment in this review, so I’ll try and keep it more Theodore Geisel from here on out.

What I love about the Takumi Sen 9 are the same things I loved about the previous version. The upper locks down right around the midfoot, almost soccer cleat style. It’s narrow (which I like), but it holds you directly over the bed of Lightstrike Pro. I did have to do a little bit of finagling with the laces (and went to the top eyelet) to find the right fit, but once I found that, it felt golden. I just felt like the shoe was an extension of my body.

My first run in the shoe was a 13-mile long run with 8 easier miles in the beginning, capped off by the hilly Celtic Solstice 5-Miler. Surprisingly, the shoe feels pretty nice at easier paces, a tad firm in the forefoot but the bounce of the Lightstrike Pro evens things out. Of course, it shines at faster paces as the secure fit of the upper harnesses the one-two punch of the EnergyRods and the Lighstrike Pro to provide a propulsive toe-off. The beautiful forefoot grip of the Continental rubber digs into the pavement to give an extra snap through the stride.

My second run in the shoe was an 8-mile run at a moderate pace and it felt just as good, giving a speedier feel to a less-than-all-out effort. I finished my testing off with an 8-mile run with mile repeats, and found it performed beautifully from start to finish.

What’s really surprising about this Takumi Sen 9 is its stability, despite the medium-high stack height and narrow last. I suspect this mostly has to do with the secure fit of the upper, locking the ankle and heel in place, something that a lot of racing shoes have issues with. There is a slight improvement in that department in this version, as the heel pillows inside the collar are more substantial this go-around. I have poor ankle stability but never once felt unstable in the shoe, which says a lot when running on the pothole-ridden and broken-cement terrain of Baltimore roads and sidewalks. It was also raining on my last run in the shoe, and it did great on wet pavement.

Of course, the shoe is incredibly lightweight so it just disappears on the foot. It all comes together to provide a perfect race day package for distances under the half marathon. For those who are comfortable with less cushion than shoes like the Adios Pro 3 or Alphafly Next% 2, this can even work as a marathon shoe.

Also, wow does this shoe look good. It has to be one of my favorites right now in terms of design and colorway.

For everything this shoe provides, I think the price point is totally fair, and I’m happy to report that it stays at $180, despite most companies increasing their costs by $10 or more in 2023. ROBBE: While I do love this shoe to death, there are a few minor issues I had with the shoe. The most obvious one is the non-gusseted or stitched-in tongue. Last year’s version had stitching that went halfway up to hold it in place, whereas this version has none. I had no issues with slippage, but because of the paper-thin construction of the tongue, it’s prone to wrinkling. It’s especially difficult to iron out the creases as you’re putting on the shoe and lacing it up, and you’ll probably have to loosen the laces to get it just right. Which is something you don’t want to do every time because finding that perfect lace configuration is a bit of a chore.

On my first run, I did have to stop a couple times to figure out the lacing. If it’s not dialed in just right, it doesn’t feel secure. I also had to lace the whole way to the top eyelet, but I also couldn’t do heel lock lacing because the laces were too short for it. Once it’s figured out, it’s great, but it takes a bit of effort to get there.

Regarding the sizing, the Adizero line has a tendency to run long, so I went a half-size down this time around and it fit almost perfectly. It still seems to run just a tiny bit long, but any smaller would be too tight. ROBBE: The Adidas Adizero Takumi Sen 9 remains one of the best (if not the best) tempo/shorter race shoes out there. The perfect stack of Lightstrike Pro and secure fit of the upper makes this a sleek dagger for anything fast. And while it isn’t a multitool, you can get away with using it as a lightweight daily trainer in a pinch.

I have to say, I think this is one of my top-5 favorite shoes simply because it’s an incredibly fun shoe to run in. It makes you feel like a fast runner, at any pace. And sometimes that’s all we really want in life. That, and a switchblade in the back pocket of our Jansport backpack.

EDITOR’S NOTE: The Takumi Sen 9 was on sale for a couple weeks, but has now been taken down from both adidas.com and Running Warehouse. Originally, the shoe was slated for release in fall 2023, so there may been an error on the retail side in posting it live. That said, the Takumi Sen 8 is for sale at half off right now, and the Takumi Sen 9 is just a very slight upgrade, so if you’re interested in what the Takumi feels like, now’s your chance to try.