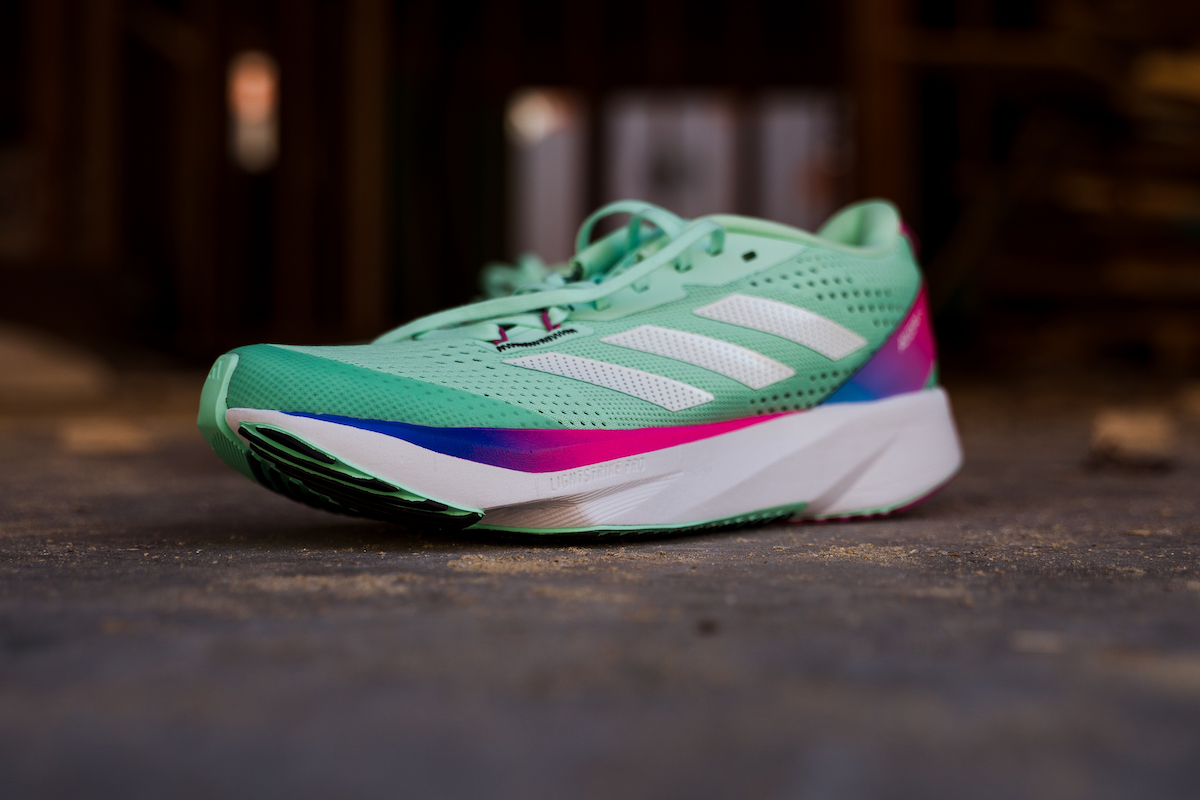 This review is sponsored by Bombas socks, which we’ve been using to keep us warm and comfortable this winter (like the men’s calf sock shown below). You buy one, they give one to someone in need. Use code BITR20 to save 20% off your first order! The legacy of Adidas is legendary. Two German brothers, Adolf (Adi) and Rudolf Dassler, started what would become the second largest sportswear company in the world after Nike.

One foundational pillar of their company was set during the 1936 Olympic Games in Nazi Germany. At the time, the brothers supplied German athletes with their footwear, but they also wanted their new canvas and rubber spikes on the best track athlete. Adi tracked down Jesse Owens and presented him with the shoes, and footwear history was made when Owens responded that he would have Adidas on his feet or nothing at all. Of course, Jesse Owens went on to win four Olympic gold medals right in front of Hitler’s weird toothbrush mustache, ruining his moth-holed theory of human genetics.

There are some blemishes to this heartfelt story; after all, both brothers joined the Nazi Party and Rudolf was even sent to a POW camp for a short time on suspicion of feeding information to the Gestapo.

Adidas has defended its legacy, noting that Adi Dassler wanting athletes to “perform at their best was more important to Adi Dassler than politics,” and that the company is “proud that Adi Dassler showed moral courage … in this darkest phase of German history.” So what does this all have to do with the Adidas Adizero SL review? For starters, stories connect us to brands. Loyalty is an emotional attachment to the brand. The story of Jesse Owens tells a tale of a man knowing he had the best product and stopped at nothing to get it on the best athlete. That ethos of excellence in performance has been a part of Adidas since the beginning.

So when Adidas adds a shoe to the Adizero (i.e. performance running) lineup, they’re confident it can live up to the brand’s standards. A sub-par product just doesn’t (or shouldn’t) fit into the Adizero line. In short, Adizero is the pinnacle of their running performance line.

While we’re quite familiar with the high-end shoes like the Adios Pro 3 and the Takumi Sen 9, every line has an entry point, and that’s where the Adizero SL comes in. Formerly known as the SL20, the shoe is a lightweight trainer made for all purposes, and is targeted at everyday runners or high school athletes.

At its core, the shoe has the ingredients of the Adizero line baked in with Lightstrike and Lightstrike Pro. However, the cost savings come when you see the percentage of each foam and the elements left out of it, like Continental Rubber on the outsole. That said, for the $120 price, the Adizero SL performs like a full-range trainer, which will have you saving your shoe allowance for the higher-end end models in the lineup. THOMAS: The Adidas Adizero SL looks modest. There isn’t anything about it that looks especially unusual or hype-worthy. It isn’t a wallflower, but it doesn’t look like the star quarterback. But like that kid in high school you may not have noticed, you find out there is more to the shoe than meets the eye.

So let’s start with the upper. The mesh upper fits true to size, and like other Adidas models, you’ll find it isn’t especially friendly to our wide-footed friends. However, it is more accommodating than the other models in the Adizero collection. I had no heel slip and zero hot spots. I did like that my black-and-white version had some old-school samba vibes. The lacing is the thin lacing that Adidas seems to be enamored with. Adjusting the fit with these is more straightforward than in some other models (talking about you, Adios Pro). The tongue is basic with no gusset.

The midsole has the magic, at least in comparison to the SL20. Lightstrike has gotten a bum wrap from us in the past, but this version seems softer and less harsh underfoot. In addition, the Lightstrike Pro puck is precisely where it should be, right under the fat pad/ball of the foot. If you’re unfamiliar with the term “fat pad,” it is the area right behind your toes and in front of your arch. For my foot strike, the placement is perfect. As a result, I get a bouncy feel on toe-off and protection from impact. The firmer Lightstrike in the heel provides some stability as well.

The outsole rubber is standard. I will say it is “good enough.”

The running sensation in the Adizero SL is suited chiefly to daily mileage, but it also can handle faster turnover. As a result, the SL is a shoe I categorize as a “do it all” trainer. At $120, that falls into the good column. THOMAS: If you expect a premium feel, the shoe may disappoint. This is an entry-level model, for sure. Lightstrike, while seemingly better than some past iterations, still isn’t a great midsole material. The puck of Lightstrike Pro definitely helps the situation, but again– it’s limited.

The Continental rubber found on the higher-tier shoes in the Adizero line is one of the best grips out there, but this shoe has a more conventional rubber. It’s not bad, it’s just not Continental.

That said, premium materials are just two areas Adidas saved money on the SL. The simple mesh upper is where you can find some cost savings. It doesn’t have the same quality finishes you saw in the other Adizero shoes. But, at this price point, it should be expected. THOMAS: The Adizero SL is an excellent multi-use trainer. At $120, the Adizero line is more accessible to younger athletes and runners on a tight budget. The shoe is durable too. I would compare the SL to the Nike Pegasus 39, Puma Velocity Nitro 2, Brooks Launch 9, New Balance 880, and Saucony Ride 15.

While $120 does seem crazy for an entry-level shoe, it’s just where we are these days. Nevertheless, the shoe is an upgrade to the less-than-stellar performance of Lightstrike in the last couple of years.

You can pick up the Adidas Adizero SL at Running Warehouse (featuring free 2-day shipping and 90-day returns) by using the shop link below.