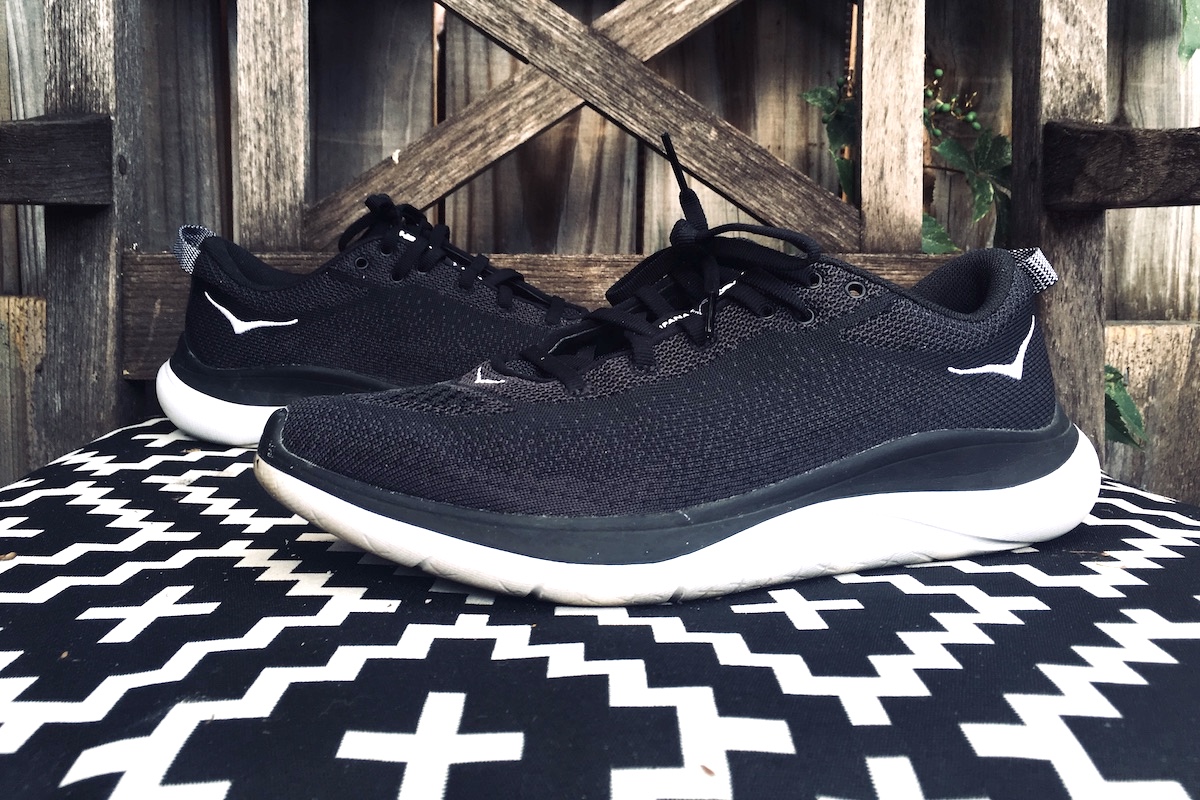 We’re at the point now where HOKA shoes are okay to wear in public. A couple years ago, it would be assumed you were on your way to either a nursing home or clown school, but we’ve finally reached max cushion cultural nirvana. I mean, even Kanye took a break from the adidas Yeezy life to throw on a pair of HOKA. Throw your diamonds in the sky.

Nevertheless, there’s still that “am I for real?” moment right before walking out the door in a pair. Enter the HOKA Hupana Flow. It’s a HOKA that looks shockingly nothing like a HOKA. It looks quite nice in public. Simple, but nice.

Part of the Hupana line, the Hupana Flow isn’t much different than the Hupana 2. Same stack heights and drop (25 mm in the heel, 20 mm in front), similar uppers, same midsole/outsole material. The weight is about the same too, at 8.7 oz. for a size 9M.

From what I gather, the Flow is meant to be a combination lifestyle/running shoe, whereas the Hupana 2 is strictly running. This is not dissimilar from our recently-reviewed Brooks Revel 3, which is marketed the same way. For whatever reason, this crossover shoe thing is working for me, so I’m all in. I found the Hupana Flow to be pretty intriguing. I’ve had a few experiences with HOKA in the past, but honestly, the ultra-cushion left me wanting more of a feel for the road. I was hoping I would get that from these, and I wasn’t disappointed. The combination RMAT midsole/outsole was a near-perfect balance of cushion and responsiveness.

The meta-rocker design allowed me to roll nicely through my stride, but my favorite part was when I picked up the pace. I got some really nice bounce and energy return from this shoe that I honestly wasn’t expecting. This could work well as a tempo shoe, but still carry over to those weekend long runs.

I had no issues with the knit upper. It formed nicely to my foot, and I liked the variety of lace options. There’s an extra eyelet below the standard top ones that provides a sure lockdown. This will go over well for those gym types (which I believe is its purpose, as the shoe is marketed as a combination gym/running/workout shoe).

And you know I love a good heel pull tab; HOKA is coming up aces on those this summer. I don’t have a whole lot of bad to say about this shoe. I wish I could tell you I got in some huge miles, but I’ve been on the mend and topped out at 5 mile runs in these.

A minor complaint is that there’s no tongue gusset, so the tongue can slide a little bit. Now, it’s mitigated by the double lace loops on the tongue. My guess is HOKA knew this would happen, so attempted to minimize the damage, which works to a degree. It didn’t bother me, and I honestly only noticed it when I looked down.

With no rubber on the outsole, will the midsole material hold up? That remains to be seen. People had their doubts about the Nike Epic React, and they were largely proven wrong. I wouldn’t count on these for any rainy day runs, but they should move along fine for a long time on those dry days.

HOKA ONE ONE Hupana Flow Conclusion

Honestly, this is a shoe I’ll be pulling out again for my runs. It’s just a really solid and comfortable shoe. It also looks good with street clothes. No large HOKA plastered on the upper, just a slight HOKA bird stitched in towards the back.

To be honest, I love the wool black-on-black version; it could be a really nice fall/winter shoe.

Either way, you can pick up any of the HOKA Hupana Flow versions at Running Warehouse for $114.95 using the shop link below.