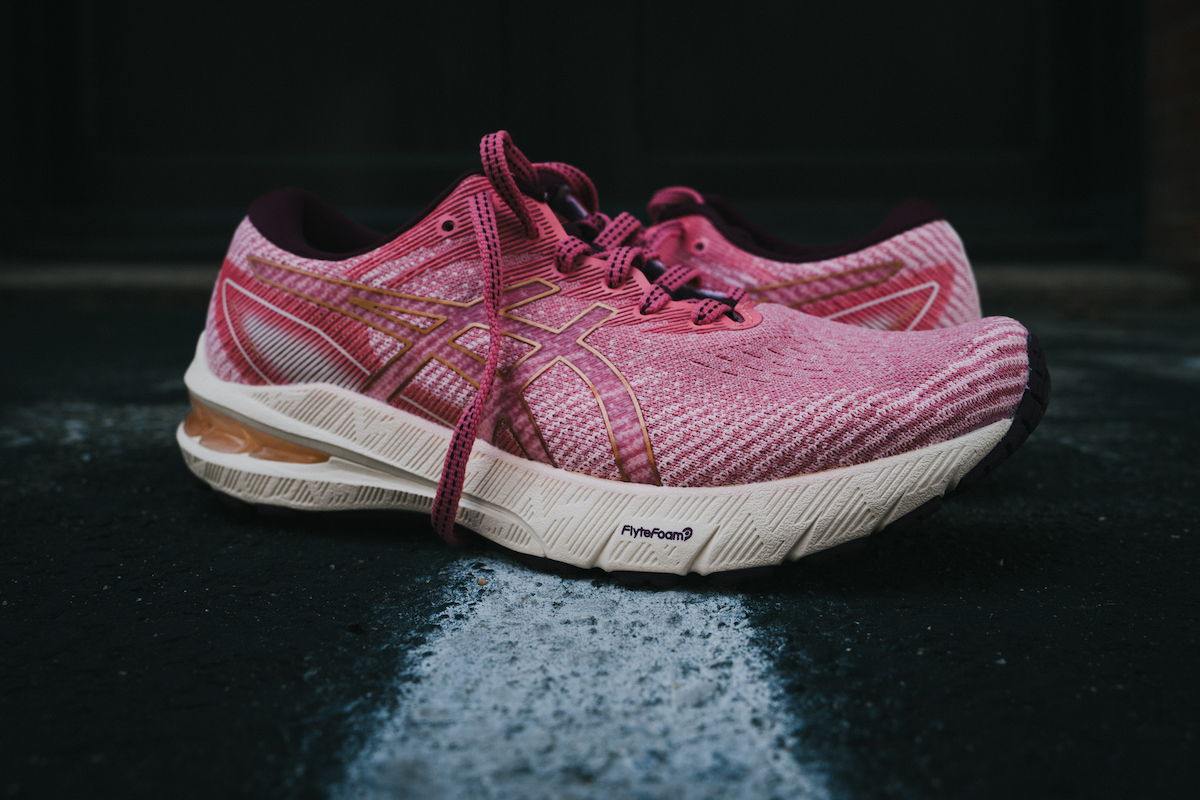 ALDREN: As road race season returns, my feet are hungry for a softer pair of shoes on my recovery runs. When I saw the ASICS GT-2000 arrive on my doorstep, my arches had an episode of PTSSD (post-traumatic shoe stress disorder), cramping at the mere thought of my past experiences in this shoe.

As far as I remember, the GT-2000 always felt like it wasn’t flexible enough or too stiff of a shoe. That being said, there were other stability options that I always preferred over the GT-2000, like the HOKA Arahi and the OG Nike Zoom Structure that run/ran at around that same $120 price point.

The least I can say is that I am happy my perceptions were wrong. The ASICS GT-2000 10 removes a lot of the overlays without losing the structure. As someone who needs a ton of stability in his life, the GT-2000 10 retains a lot of the reliability that returners to the 2000 line I know and love. But who knows? Is this update all smooth sails?

BRANDON: I have to be honest, stability shoes have never been my go-to, so when the GT-2000 10 was presented to me for review, I had my doubts. Ah, yes, another traditional, industry-standard running shoe. Might as well have gone to my local running store and picked up the New Balance 880 or the Brooks Ghost 14…right? Thankfully, my gut instinct was wrong. This shoe took me for a bit of a surprise, in a good way. What does the GT even stand for anyway? Grand Torino? Gran Turismo? Grand Touring? Who knows. Clearly not me, because stability has never been my thing. ALDREN: I’m sure my other fellow reviewers can back me up on this but ASICS has been dropping some absolute bangers of updates for the past 2 years. Like, across the whole line. Throughout that time, every package from FedEx was a gift for my feet. Following the trend, the ASICS GT-2000 10 has become my go-to grab when looking through my closet of shoes to choose from.

If there’s one thing that’s always consistent with ASICS (besides the GEL) is having a plush and comfortable upper. Along with a lot thicker cushion around the heel and tongue, an engineered knit upper that molds around your foot. There’s also a wider than typical GT-2000 fit around the forefoot. ASICS also extended the internal heel counter to provide an even more locked-in sensation.

Underfoot is the introduction of FlyteFoam Propel to the GT-2000 series providing a spongier landing. ASICS is also introducing the LITETRUSS. This replaces the plastic Trusstic typically found beneath the arch and the Dynamic Duomax that’s usually utilized as a type of posting. Without reducing any amount of stability, this midsole combination worked on easier recovery paces and guided my stride to push through quicker fartleks.

The outsole isn’t anything outbreaking from ASICS but their AHAR+ placement has been allowing their shoes to become more flexible every update. It’s a small change that’s appreciated when my feet begin to wear out.

BRANDON: Turns out the GT stands for Guidance Trusstic. I know, I was hoping for it to be Gran Torino too. Imagine Clint Eastwood rocking a pair of GT’s? “Badass grandpa shoe” is kind of a workable marketing line. Anyway, the shoe comes with Litetruss Technology, which helps provide medial support without a traditional physical medial posting. Pretty damn cool if you ask me. For $130 dollars this shoe goes the distance, up to 400 miles that is. The way I see it, that’s a pretty good bang for your buck.

ASICS’ new dual-density midsole and foam is made up of Flytefoam Propel which sits nicely above the traditional Flytefoam. The Flytefoam propel provides that relaxed, cushioned feel and acts as a shock absorber while the traditional Flytefoam provides even more cushioning and completes a feel far from barefoot. The outsole grip does well on the roads and grass, but it’s not a shoe I would try turning into any sort of trail hybrid, it just isn’t built that way. ALDREN: This could be a Florida thing but I had a huge hotspot under the sole of both my feet. This made some runs a little less comfortable but it wasn’t the end of the world. I also think I have really hot feet so that could be the issue too.

BRANDON: This might just be me, but a huge make or break with any shoe is whether it is lightweight and breathable. ASICS love doing this with their more traditional shoes and it frustrates me to no end. The clunky and chunky tongue and heel collar need to go. I get it, it’s comfortable and well-cushioned and all that jazz. But here’s the thing – who cares! I want to run fast and feel as light as I can for as long as I can. The engineered knit upper just has too much extra material for me. I mean, I get it, if someone’s looking for comfort in a stability package, then you kind of need all that. Personally, I have no use for it.

The trainer has an 8 mm drop, with 22 mm in the heel and 14 mm in the forefoot. I didn’t even notice it. Usually, I like more of a forward lean, but the 8 mm made no difference to me. The shoe isn’t heavy, but not that light either. The GT comes in at 9.9 ounces or 280 grams for a men’s size 9. To be fair, it is pretty light for a stability shoe.

When running in it, it feels light on the foot, which is a relief, but it’s not a shoe I would be inclined to pick up the pace in. I wouldn’t really consider this a knock, but for someone who enjoys a snappy feel, this shoe just doesn’t really provide it. Then again, this is a more traditional daily trainer. ALDREN: This is an upgrade that was desperate to happen. If you’re looking for a solidly cushioned stability shoe and can’t afford the $160 price point of the Gel-Kayano 28, then this is the shoe for you. With a ton of rubber underneath your foot and the extra bit of GEL in the heel, the GT-2000 10 will be able to eat up a ton of your miles for these fall races.

BRANDON: The GT-2000 10 is your standard everyday workhorse. Easy run? Go for it. Long runs? Be my guest. Intervals and speed days? Maybe pushing it, but hey why not. This is a do it all shoe for stability runners. The best part about the GT is that it leans on the lighter and more responsive side for stability trainers.

It’s not anything crazy exciting or extremely innovative from ASICS (they save that for other trainers), but it’s very reliable. And sometimes that’s enough to get you out the door and know that the shoes on your feet are going to get the work done that’s required of them for a long period of time.

You can pick up the ASICS GT-2000 10 for $130 at Running Warehouse (featuring free 2-day shipping and 90-day returns) by using the shop link below.