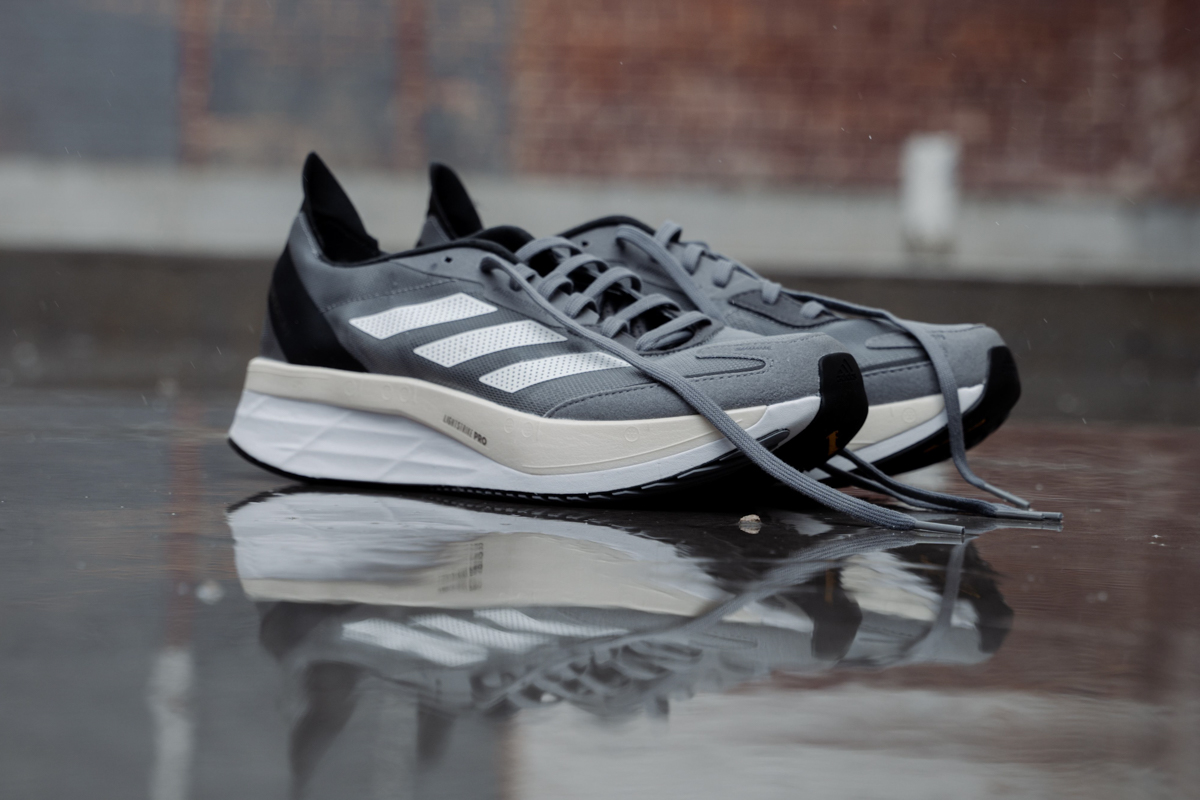 THOMAS: Every now and then, someone has to take one for the team. Unfortunately, this time it was my turn. Which is crazy, because one of the highlights of the year used be the release of the newest version of the Boston. At the time, Boost was the king of things and the Boston was a butterfly knife on the roads. A pocket rocket that could flick open at a moment’s notice, from light daily trainer to tempo shoe whenever you needed it.

We’re not gonna pretend that the Boosted Boston didn’t need a facelift, but were still taken aback when the Boston 10 flipped the Boston legacy on its head. In short, it was one of our least favorite shoes of 2021. A shoe that was previously nimble and lively made a hard U-turn into the blockish and bricky lane.

Before we got this version of the shoe, we actually had the chance to chat with Nick Roché, global product manager for the Adidas Adizero line, on a recent episode of The Drop podcast and we learned a few things. First, we learned that we’re not good enough runners to appreciate the shoe — ouch. It’s not entirely our fault, as Adidas works with its top pros to find out what works for them and then spreads the love to everyone else. Apparently, if you’re a 2:09 marathoner, you really want a somewhat heavy shoe that’s cushioned like a brick. Hopefully, I’ll get there someday.

The second thing we learned, which hurt just as badly, was that the Adidas Adizero Boston 11 update would be little more than an upper modification. That means that the only part of the Boston 10 that I actually liked was about to change, while the unresponsive Lightstrike midsole would stay.

Which is to say that not even a Tinman Elite logo on the side will fix this ride (though it may sell a few extra pairs). In fairness, some people liked the Boston 10.  They just had to caveat it with the fact that you first have to break it in for 50-100 miles. That’s… a break-in period that’s as long as a Hoka Rincon lifespan.

For now, I’m going to skip most of the technical stuff — if you want it, you can read the Boston 10 review because it’s the exact same shoe underfoot. Let’s get straight to the vibes (or lack thereof). THOMAS: Forgive me, father, for this ain’t it. This is going to be one of the shortest positive sections I’ve written all year.

On the bright side, the style is there. Adidas has one of the best design departments in the run game working on the Adizero line. The Boston 11 is just as gorgeous as the Boston 10 before it, blending modern shapes and materials with hints of faux suede. The narrow cut also keeps the Boston looking quick and razor sharp.

Another thing that the Boston 11 has going for it is the shape of the midsole. It creates a naturally stable ride, and the toe spring hits just right for a faster turnover. The Lightstrike and Lightstrike Pro sandwich still hides some EnergyRods, which still aren’t all that noticeable, but more tech is always good, right?

Unfortunately, that’s about it. THOMAS: I liked the upper on the Boston 10. As I said, it was the only thing I really liked about that shoe. Now, Adidas has gone and messed with a good thing. The comfortable heel counter is gone, and in its place is a, well, less comfortable one.

Underfoot, I’m still not sure that Adidas has its head in the right space. We’ve said more than once that we don’t love Lightstrike as a midsole foam, but here it is once again. In all actuality, it may be our least favorite foam in the running game right now. THOMAS: If you liked the Adidas Boston 10, at least you’ll be happy with this version. The Adidas Adizero Boston 11 doesn’t fall too far from the tree. In fact, it may be growing on the same branch of unripened fruit.

I just wish that Adidas would replace Lightstrike with literally anything else. Boost was good (but heavy), Lightstrike is bad (but light), Lightstrike Pro is great (and light). Put Lightstrike Pro in everything. If Adidas could get its daily training foam right, the Boston could be back to its original heights. I guess I’m just not elite enough to understand.

The last time common folk were ignored this much in Boston, a bunch of people threw tea into the harbor. Alright, they did it in order to kickstart a campaign for independence, but the point stands. If anyone needs me, I’ll be headed for a water taxi with my box of Lipton.

You can pick up the Adidas Adizero Boston 11 for $160 by using the shop link below.